What is Lifting Tempo

Whether it’s for weight loss or muscle building, every exercise program utilizes tempo training. If a specific tempo isn’t specified, the amount of weight on the bar or exercise, dictates lifting tempo. Well, at least a portion of it.

In their literature, tempo is expressed by three numbers. And it looks like this…
4/2/1

The first number is always the eccentric portion of the exercise.

The second number is always the isometric part of the exercise. This is the point in the exercise between the eccentric and concentric portion of the lift.

The last number is always the concentric part of the exercise.

However, their way of expressing tempo varies from mine.

In my workouts you’ll notice a 4 digit tempo format. 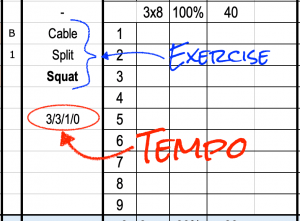 I tend to avoid this method because the lack of spacing makes it look like a random number. 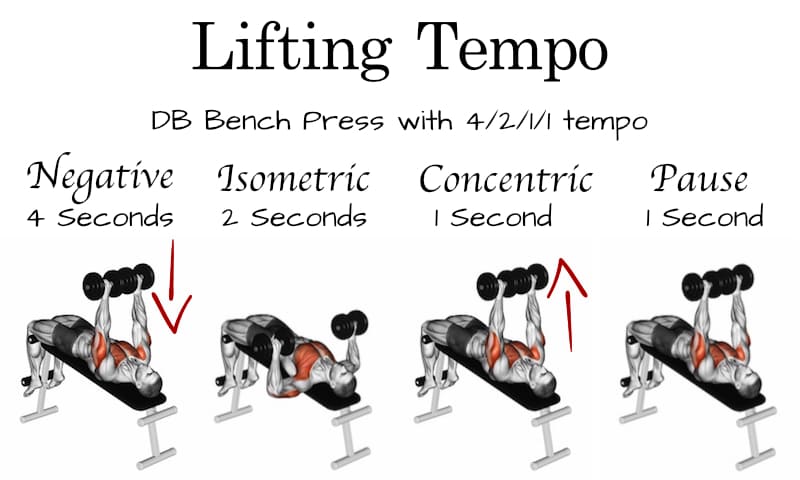 As with the NASM tempo scheme, my tempos also start with the eccentric portion of the lift.

In this 4/2/1/1 tempo example for the DB Bench Press you start lying on your back with your arms fully extended. Then you lower the weight to your chest over the course of 4 seconds.

Once you reach the bottom of the movement, remain there for 2 seconds. But, don’t relax. Keep all your muscles engaged. This is the isometric part of the exercise.

Then, after a 2 second isometric contraction press the DB’s back to the starting position. This is the eccentric portion and lasts for 1 second.

The final number represents your rest between reps. In this case it’s 1 second. Just enough time to take a breath before you begin your next rep.

No matter how tempo is written, all examples express the same tempo.

Don’t worry. Everything remains the same. The “x” represents an explosive movement.

So in the case of 43X2 you  have a 4 second negative. A 3 second pause, followed by an explosive concentric lift, then take 2 seconds before starting the next rep. 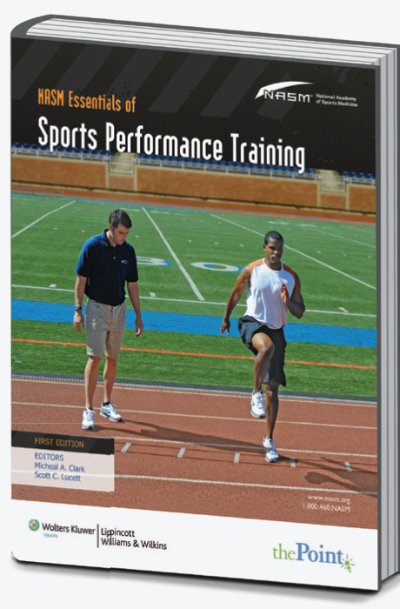 This is NASM’s PES textbook. I’t’s based their  proprietary Optimum Performance Training (OPT™) model and teaches future sports performance coaches and hit performance trainers how to design strength and conditioning programs for athletes.